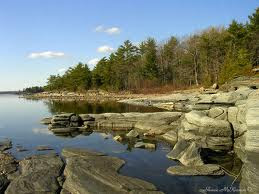 There's been a lot of talk these days about our great lakes.
There seems to be a heightened awareness that I personally have not witnessed before. 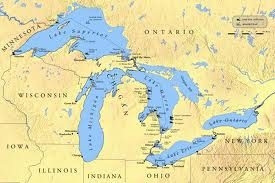 Whether its in the news, or at the water cooler, or brought up in meetings at all levels of government; the talk is that we need to preserve these waters as the national treasures that they most surely are. 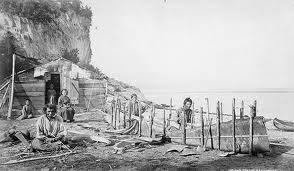 It is something that our native peoples knew to be true long ago. They treasured them in a different way though; as they regarded them and all of nature as something to be revered. The wild inhabitants of the lakes and surrounding lands were worshipped as gods; and the attributes and habits of such creatures were studied and learned from. This is evident in stories and legends passed on through generations of native peoples, explaining everything from their moral values, to natural phenomenon, to even creation itself. I am not looking to seriously comment on religion, or the evolution of man for that matter. However, it occurs to me that these folks had harmoniously coexisted with nature and for the most part thrived for ten thousand years before we showed up....so they had to be doing something right!
Discussions about preservation of the lakes and the quality of their waters invariably lead to debates about water levels, that seem to be in great decline these days. 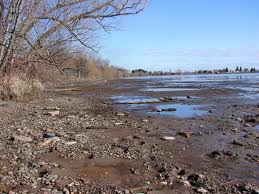 Current levels seem to be nearing historic lows and the feeling of most, is that they will continue to decline.
The conventional thinking seems to be that man is responsible.... just as we are, for the decimation of certain fish and wildlife species and loss of wetlands. It would also follow that we are also responsible for the disappearance of hundreds of millions of gallons of water...
Dredging in the St. Lawrence, pipelines to the states and even a theory about a gradual tipping of a huge tectonic plate beneath the great lakes, have been sited as explanations for the low water conditions we are observing today.
I myself have no idea of the causes of this phenomenon, but being in the real estate industry, I have seen first hand the negative influence it's had on Georgian Bay waterfront land values. Putting financial impacts aside, I was always alarmed by the effect it had on the shoreline landscape and its natural inhabitants.

When drawn into these discussions, my Dad always took the position that these matters were beyond man's influence and that Mother Nature always prevails. He explained that it was nature's way;  using the example of something as devastating as a forest fire, that where one species fails, or is destroyed, another will flourish.

He reminded me that the water levels were this low and lower in 1964, at a time,when surely it could be argued that man's influence on nature
must have been significantly less than today.

But his best and most thought provoking point was that instead of wondering who took all of the water in the 60's or, in recent years, we should ask ourselves where all the extra water came from in the late 80's (a time I remember well) when water levels were about 5 or 6 feet above datum! Who dumped those extra millions of  gallons into our lakes? Was it big shipping business, or those nasty Americans? "No" he said, "again, it's just nature's way. She's all knowing and all powerful. Man can change the face of nature through stupidity and or greed, but nature will always prevail." 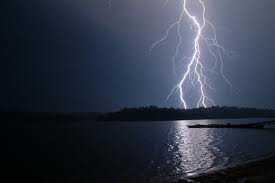 One only has to feel the scorching energy of the sun, or witness huge bolts of lightning during a thunderstorm, or see the devastation from flooding, or the winds of a hurricane, or tornado, to imagine the awe that our native peoples must have felt all those years ago. 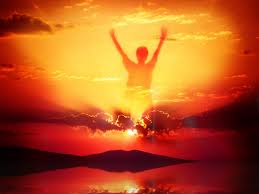 Its not a surprise that they believed they were in the presence of a higher power.
The older I get and the more I see us, as a civilization arrogantly making all the wrong choices, in the name of "progress".....I'm beginning to think....that ...maybe they were...


Posted by Severn Soundings at 2:14 PM No comments: