A NOVEMBER TO REMEMBER! 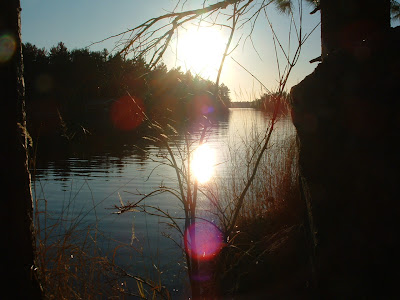 Well; here we are, nearing the end of November and I must say "The weather's been with us". I normally scramble to get done what needs to be done during these waning days of Autumn; but not this year !
Whether its' raking leaves, putting up Christmas lights or changing to snow tires, we can't say that we haven't had opportunity as well as motive.


Why, I have even been working in the driveway to install a set of brakes that Ive been putting off doing. (There's only so many excuses a fella can use to avoid work of this nature and this year, weather could not be counted as one of them !)


Last year at this time we had already endured several substantial dumps of snow and below normal temperatures to go with it.


After a very cool, wet spring and a cooler, wetter summer it sure is nice to be on the right side of Mother Nature for a change.


Historically; it seems that I recall more Novembers like this one than that of last year; at least in the last 10 years or so.


I recall a few winters where we even wondered if we would have a green Christmas...(hasn't happened too often in these parts though)


Speaking of Novembers to remember; two of my "darling daughters" celebrate their birthdays on the 16th.....and what I remember about that November, 26yrs ago is trundling down the road, in blinding snow, in a beat up "79 Chevy Chevette" towards Soldiers Memorial Hospital.
The last 15 miles of the trip was completed with me peering as best I could out through the passenger side of the windshield after my side's wiper blade went flying off into the darkness !


In the end, all went well and that night became memorable, not because of weather or broken windshield wipers, but for the birth of daughters 2 & 3 Stacey and Shawna !

With this year's favorable weather, I still have the boat in and am enjoying late fall expeditions on the river (both work related and otherwise) as often as possible until winter hits. 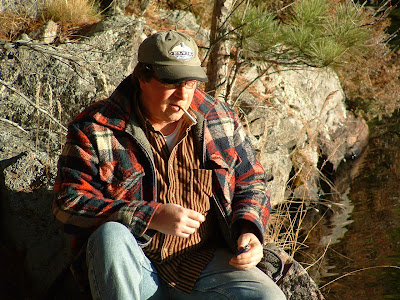 During a recent foray; we spent some time at Lost Channel, preparing docks for winter, cutting a bit of wood, building a bit of a fire, generally just enjoying the day and early evening up there. 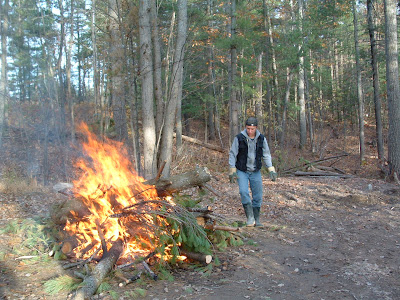 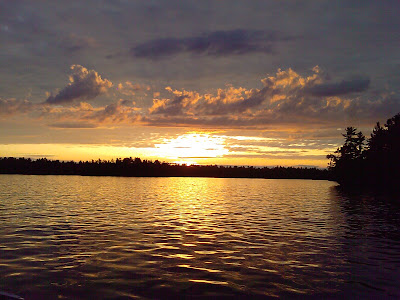 Sitting here at my desk, I have just minimized this screen and checked the forecast...today's high is better than 10 degrees and even the long range shows some promise....guess I'm not done with the boat yet !!
Posted by Severn Soundings at 3:20 PM No comments: