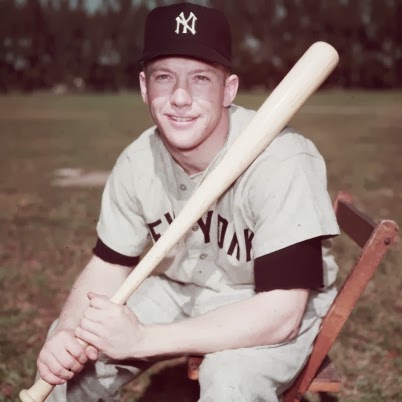 I think it was Mickey Mantle that once said, "if I would have known I was going to live this long I would have taken better care of myself." We give it little thought when we are young, but at one time or another are surprised to discover that our journey in this life can be short, or sometimes an extended one; with many twists and turns along the way leading to both good fortune and bad.

This last year I had a revelation of sorts myself.
It started innocently enough. My bride and I had settled into a full fledged partnership, finished up our fiscal year, and generally pleased with the results of our efforts, took some time to relax.
Nothing extravagant. Just some time together, simple pleasures like some little day trips, a bit of shopping, some light reading, a great meal and perhaps a good bottle of wine to finish. It's unclear to me which of these activities contributed most to romantic inclinations, but my suspicions are that it was due to a little of each, and in no small part to our little reading group's assignment to read, review and discuss the hugely popular Fifty Shades of Grey trilogy. Anywaaay, not to point fingers, but I have wondered in light of subsequent events whether there is any existence of a class action suit brought about by other, let's say mature couples, similarly wronged by the author, but I digress.

As I remember it, being blissfully unaware, we also enjoyed a carefree Christmas season (clearly a favourite of Brenda's). The new year brought its usual blessings, both our birthdays falling in February came and went, she celebrating hers, and me being nearly 10 years her senior, grudgingly accepting mine. It was only in the months to follow that there were hushed conversations about Sweetie's general health and some unusual, yet naggingly familiar symptoms that seemed to be occurring. Initially her and her closest confidantes laughed them off. There was some teasing that went on of course! "Welcome to the beginnings of  your golden age!" Chalking symptoms up to be pre-menopausal, she laughed them off and got on with the new year's business.

﻿
It was still some time after our initial concerns that it became clear that some sort of "mishap" had occurred. Evidence of an alleged "perpetration," both circumstantial and physical, became abundant and undeniable, and of course all eyes fell to me. To explain, like any good mystery, we knew who was involved, and soon after when, that the how and the why? Well those are of course a little tougher to determine.

The how, so I'm told, was more a combination of blind luck and good (or bad depending on how it's looked at) timing as the odds of conception for us were something like less than a one percent chance.


Some of my buddies likened it to a hunting accident where I have accidentally discharged my rifle into my foot, or more like both feet (as odds are my mobility is likely to be greatly impacted for some time). Like any hunting accident, my excuses were much the same as you normally hear. "I'm not sure what really happened...it was an accident...I never meant to do it...I never knew that there was even game in the area that was in season...it was all a blur as it happened so fast...I was only cleaning my rifle when it went off...I was certain my rifle was long since unloaded." Aaand probably the most damning part of my account of things, as I recall, having to admit that foolishly I had recklessly not bothered to take time out to "put the safety on."

When I ponder at the "why" part of something like this, both unexpected and unlikely and yet certainly blessed, I can only assume that this little interloper is all part of the grand plan that exists for Brenda and myself. Multi-tasking has always came easy to Brenda.
﻿﻿
I just have to have faith that I am up to the challenge too! And like an aging ball player, hope I've done enough stretching and warm up earlier cause it looks like this game might be going into extra innings for us.
Posted by Severn Soundings at 6:49 PM No comments: