Well, we are nearing the end of another successful year. My "everlovin" and I have formed a new business model partnership that has worked out beautifully. Her business strengths mesh perfectly with my own strengths and weaknesses, each of us bringing something to the table, and in turn benefiting from the other. Because of this new partnership, I am once again able to relax and focus on trying to work and live by my old mantra of "working smarter, not harder."

This particular day's work seems to be largely consisting of compiling and organizing client lists and addresses and filling out Christmas cards with a personal message in each. As I mostly supervise such endevours, with the exception of her allowing me to be in charge of stamp application, I found myself daydreaming as I gazed through the window of our Coldwater Re/Max office at the falling snow.

The phone rang for me and it was a buddy of mine. Lets call him "Uncle Carl." 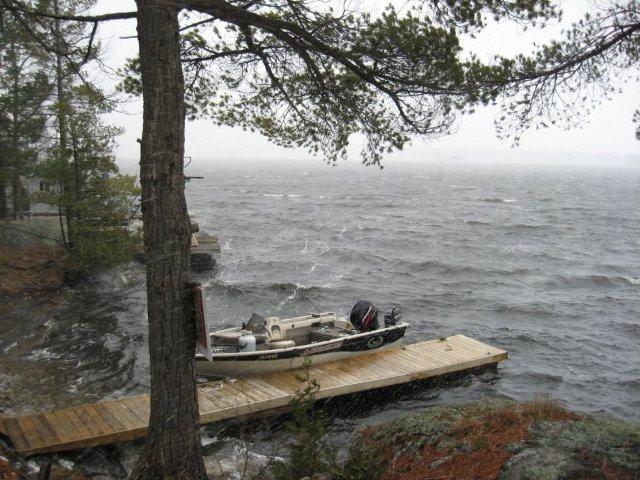 After some customary bantering he inquired if I had received a recent email from him? "Yes," I said, referring to the UTube video starring a young lady in a bikini who demonstrated a particular "talent" she had for manipulating her bosoms to the tune of Jingle Bells. I told him I was shocked and a little offended that he would forward something like that to me! "No you fool," he said, "I'm talking about the pictures of the September storm I was in on Gloucester Pool, looking out from Deer Island." "Oh those," I said sheepishly, "Ya, they were great."

That conversation got me to thinking, first about lively Christmas Carols, but eventually about the year's forays into the "great outdoors," sunny days of ice fishing for pike and pickerel, and soon after that, an awesome overnight trip north of Espanola for "ice out lakers," a couple of days trip portages into a secluded lake to "top water fish" for large mouth, and then there was the late fall adventure up to Gull Lake for rainbows!

I was idly meandering through the pics associated with each trip, scanning the "thumbnails," matching up pictures with the particular outings they were taken on, when I suddenly noticed something peculiar. At this time I would like to draw your attention to the following three pictures and their captions. 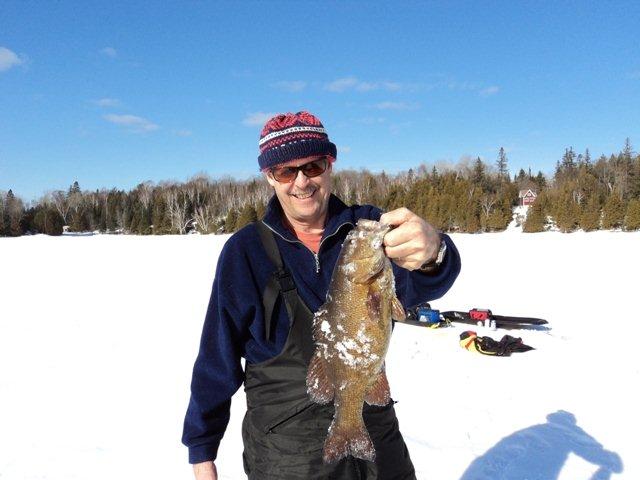 Carl hits the jackpot with this big mouthed beauty! 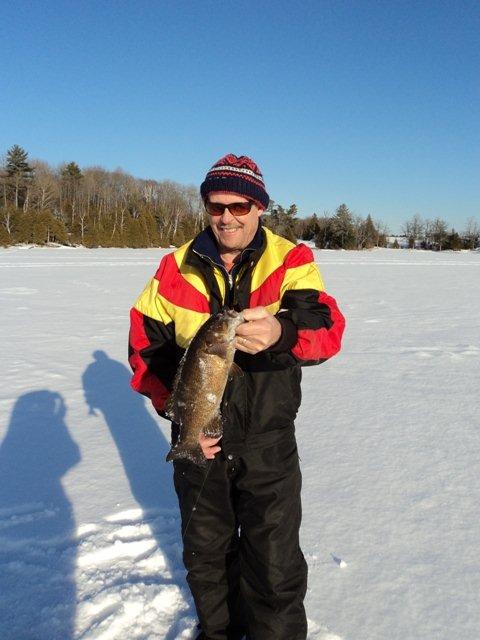 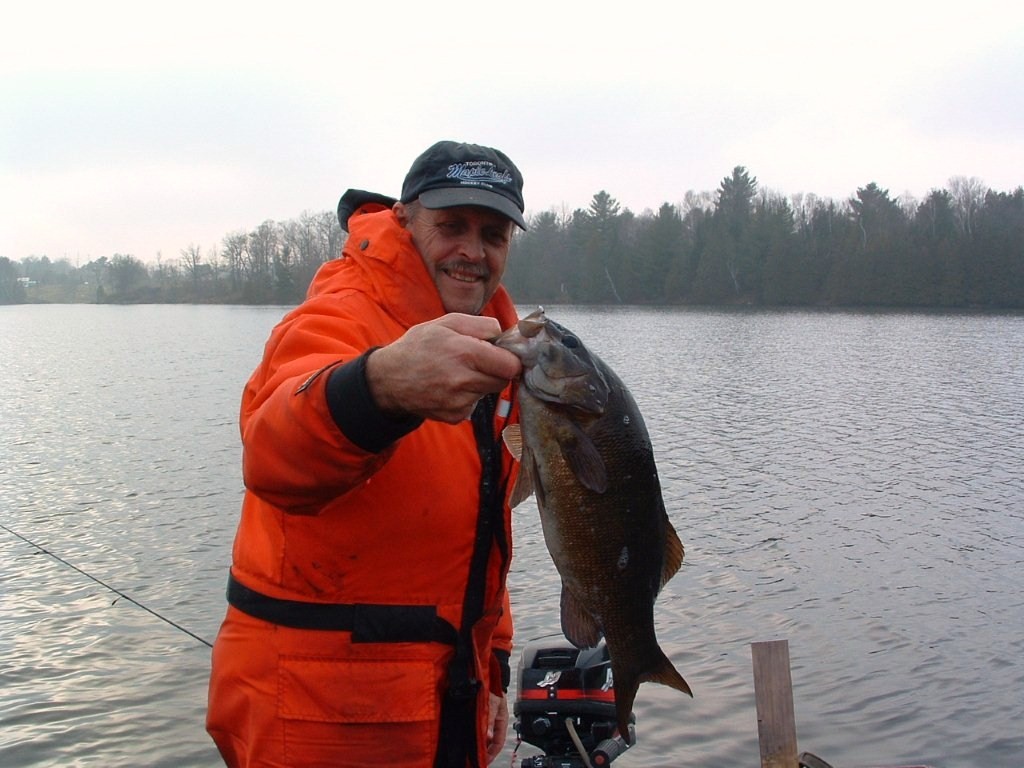 Had I not stumbled upon these pics, there's no telling how long he may have gotten away with this clever ruse. It's perfect really, a trained fish that you simply call upon to impress or to perhaps (as the caption suggests) win a bet against the hapless participants of one of his "rigged" fishing derbys. I think that the evidence would suggest that I myself have been fooled, at least three times, by Billy Bass and his trainer, Uncle Carl! Lord knows I have bought the victor of these contests (Carl) more than my share of Wendy's burgers, and now I find out that it's fixed! I told him that I was onto him and that I just wanna know how "Billy" determines which bait is his? His only comment to me was, "Doug...the difference between you and me is that I like to fish "smarter, not harder!"
Posted by Severn Soundings at 1:41 PM No comments: